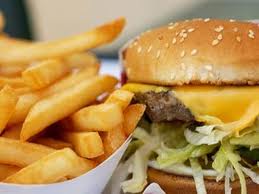 In the busy lives we lead more and more people are relying on grabbing a meal on the run from fast food outlets.  Many of the meals offered by these stores are excessively laden with calories; they are loaded with fat, sodium (salt), sugar and are generally unhealthy.  However we are lead to believe otherwise by the way the meals are often described in their menus.  Terms like ‘garden fresh’, ‘vine ripened juicy red tomatoes’, ‘gourmet lettuce’, ‘lightly fry’ or ‘freshly prepared’ are used to not only entice the consumer but to also give the impression that the meal is reasonably healthy.

Below are items selected at random from four fast food chain restaurants. Read the descriptions and you might think you are eating something moderately healthy. Then take a look at the nutritional information that is supplied on each of their websites.

McDonalds – Big Mac: Take two 100% pure beef patties sourced from farmers in regions such as the King Country and Canterbury. It’s not all about the beef though…it’s the delicious combination of crisp iceberg lettuce, melting tasty cheese, onions, and tasty pickles, all framed between a toasted sesame seed bun. And for the grand finale a generous helping of our famous McDonald’s special sauce.

Sound good to you? 100% pure beef patties, crisp lettuce, tasty cheese & pickles and framed in a toasted sesame seed bun. Well it carries a total of 491 calories (or 2060 kJ) and that’s not including the fries and soft drink that’ll be part of the meal!  It contains:

KFC – Popcorn Chicken:  Bite-sized pieces of all-white meat chicken, marinated for a tender inside and breaded for a flavourful, fun crunch on the outside. A great snack for adults, and a fun way to please picky kids.

Bite-sized sounds small, giving the impression of dainty little pieces of chicken, which must be healthier than ‘super sizing’ right?   It comes in a substantial sized container full to the brim, yet only 3 pieces of Popcorn chicken has 299 calories (or 1256kJ), and this is before they are dipped into the accompanying sauces and you add coleslaw and fries!  According to the KFC nutritional information an Individual serving contains:

Nandos – Quarter Chicken and Chips: Flame-grilled, fresh A-grade chicken, marinated for 24 hours and basted with Lemon & Herb or the Peri-Peri sauce of your choice.  Seal the deal with a little on the side, Old-style chips.  Flame-grilled sounds healthier than fried.  Lemon & Herb sound healthy too right?

Three beef patties!!! American cheese – is that tastier than New Zealand cheese? Crisp lettuce & red ripe tomatoes – getting in a little bit of that 5+ a day so you don’t feel too guilty! All on a toasted sesame seed bun, sounds healthier than a white bread roll!

It’s not called the Whopper for nothing! It is loaded with a whopping 1140 calories (4777kJ) and that’s not including fries and soft drink!!  It contains :

These sorts of foods should not be part of your regular weekly meals but as an ocassional meal(once or twice a year).

Prepare and cook your own meals so you know exactly what is in them! 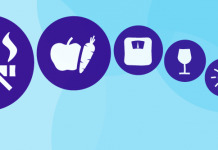 Improving Your Chances Against Cancer

What is Interval Training? And why should I do it? 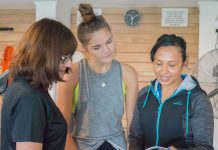 This site uses Akismet to reduce spam. Learn how your comment data is processed.

Children and Exercise: Quick Tips to Get the Kids Moving 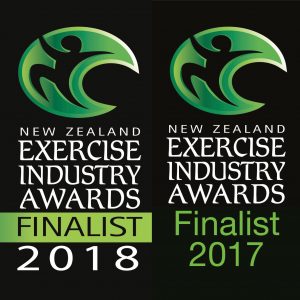 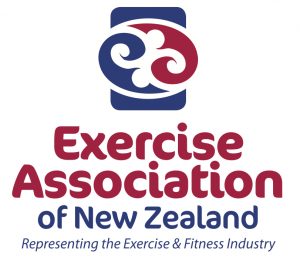 ABOUT US
Inlife Fitness will put your health on the right track. With your commitment and our self-discovery support systems linked to exercise, nutrition and life balance, you will achieve the changes you want Inlife – to feel so much better!
Contact us: feelgoodinlife@gmail.com
FOLLOW US
© Copyright 2018 - In-Life Fitness | Auckland, New Zealand